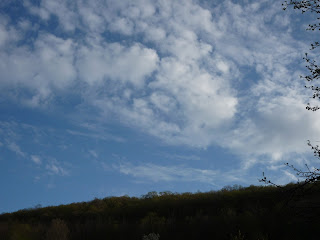 I'm sorry that I haven't written in a little while. There's been a lot of work and not much of a chance to write much, and it's not as if much has happened in any event.
What has happened?
I have acquired a research project, which is loads of fun, I can assure you.
I have discovered that my sister's friend's family has managed to get even more incredible pets. They now have two rabbits (and possibly more), a tortoise, some chickens (which do not count as pets--pets should be loving, not evil. Believe me, I know. I was once chased across my friend's yard by an angry rooster and was only saved when I got inside. ' Course, I had been poking it with a stick...nah, that couldn't have had anything to do with it), turkey chicks (they look like dinosaurs), and of course, Brit the beagle and Whip the sheep dog.
Did I mention that they also have cows, pigs (though perhaps not now), and sheep? I love visiting their house. Oberon the black lopear is by far my favorite.
I had a piano recital, which went really well, as well as a NYSSMA recital. I got an Outstanding (27/28) on that. I was really surprised: I did really badly, and messed up a lot.
I went on an Earth Day cleanup with Interact...this was a while ago already. We cleaned up in town, and it was actually pretty fun. We found some interesting things, too: three golf balls, a wrench, a dead, bloated fox that my friend named Bernard, a deer skeleton, perfume and honey bottles, and a doll's head we called Lucy (the perfect name for a  psychopath) that looked a heck of a lot like something from Chuckie Returns.
Oh, and we can't forget the racoon skull.
My dear mother's bedroom was painted. (Nice job, Anna. It's really nice).

Hmmm...that is all that's exciting that I can think of.
On a closing note:
Q: How does a crazy person get through the forest?
A: They take the psycho path.
Posted by Madeleine at 8:27 PM 2 comments: